Awaken: Chaos Era is a new mobile RPG by Century Games Publishing and it has just been launched in selected countries 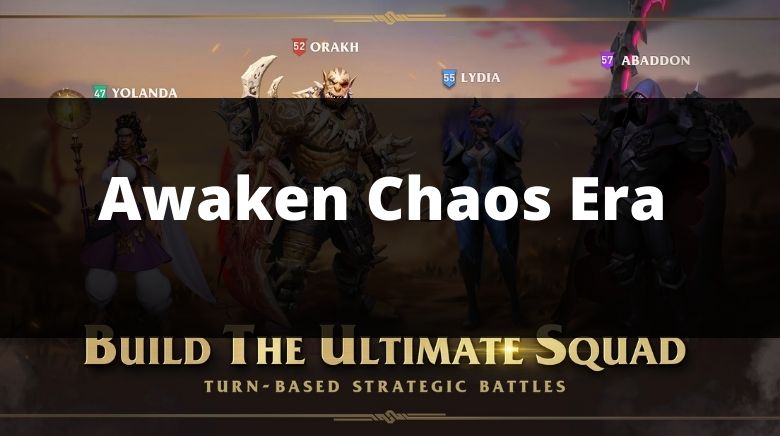 Awaken Chaos Era has been recently launched in selected countries; New Zealand, the United Kingdom, and Australia. Players in these countries can now install the game from Google Play Store and enjoy the gameplay. Speaking of Awaken Chaos Era gameplay, it’s a classic turn-based strategic battle model where players build a team of heroes to fight enemies. The game features PvE and PvP content. You will be starting from adventure mode, which is a PvE mode, featuring chapters and stages with increasing difficulty.

Level up, complete stages and you will be able to access the PvP Arena mode where you fight against other players’ hero squads and compete for the top rankings and the rewards.

As you progress, you will be needing powerful heroes; the game lets you increase the power of heroes through leveling, ascension, equipment, equipment enhancements, etc.

There is a great collection of heroes or characters in Awaken Chaos Era. Each character possesses unique skills and strengths. There is a grade system just like other mobile RPGs; characters are available in multiple grades; legendary being the rarest, followed by rare, epic, elite, and common.

As of writing this article, the game is available in selected countries. On the global launch, players all across the world will be able to install the game from Google Play Store and enjoy the gameplay.

If you are living in the UK, Australia, or New Zealand, you can install the game right now from the Google Play Store;

And, we also recommended checking the Awaken Chaos Era Codes, reroll guide, and the tier list for more details.