It’s time you build your custom team, hit boundaries and win matches right on your mobile. Find out the best cricket games for Android/iPhone iOS 2020

Cricket is the #2 sports in the world with over 2 Billion fans worldwide. But unfortunately, there is no official cricket game available on mobile by ICC. Unlike FIFA, which has given official license to many Soccer games, we are yet to see an officially licensed cricket game for mobile from ICC. But it does not mean that you have no option to play cricket games on Android or iOS. Many mobile developers have published amazing cricket games on the Google Play Store and iOS App Store. In today’s post, we are going to reveal the best ones in our opinion. So without further ado, let’s head to the main content and check out the best cricket games for Android & iOS 2020. 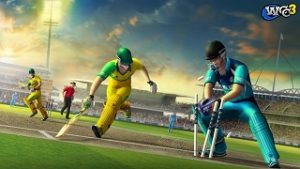 World Cricket Championship expansion WCC3 is now out in beta. It has stunning graphics with great cutscenes. Unlike other cricket games listed here, you will get to manage the team – probably, the best cricket game with team management mechanics where you can trade players, upgrade them, and improve their batting and bowling skills. Speaking of game modes, WCC 3 features solo mode(Quickplay, career, etc.) multiplayer(online multiplayer, local, challenge), and the tournaments(World Cup, Ashes, Test Series, Tri-Series), etc.

Well, we didn’t mention Real Cricket 20 as it might not good for f2p as we mentioned in its review. The ’17 version is quite good and has plenty of cricket game modes that you will love. So give it a try.

Real Cricket 17 is one of the best Cricket games for Android & iOS. The game has surpassed over 10 million downloads on Google Play Store and featured in top sports games on the Indian iOS App Store.

With so much content and beautiful graphics and the regular updates, Real Cricket 17 deserves to be in the list of our top best cricket games for Android & iOS picks.

Although, you will find a major difference in the game’s UI, modes, graphics, and animations, which is obvious because of the smaller version.

So if you have a low-end device, you should try this version.

WCC2 features a wide range of game modes that you will love a lot – the local multiplayer mode with offline gameplay, the 1v1 online multiplayer game mode, and others including the Test Cricket Matches, T20, World Cup, Tournament, etc.

Its graphics are amazing – the character’s animations while batting, bowling, fielding, etc. Another great Cricket game for Cricket fans.

Sachin Saga is the official Cricket game, based on Little Master’s journey in his Cricket career. It was released back in December 2017 and now has surpassed over 10 million downloads on Google Play Store with 4.1 ratings out of 5 – becoming one of the best Cricket games for Android. Although, the major problem is the number of ads it has. The rest of things like graphics, animations, the gameplay are fine.

Epic Cricket game was released on January 8, 2016 – by Nazara Games on Google Play Store. It is one of the best Cricket games for Android where you get to play a variety of game modes in the smoothest environment on mobile; quick matches, custom tours, test matches, career mode, etc. This cricket app also has good graphics with amazing animations of players during the match.

If you are looking for an arcade-style cricket game – for casual gameplay, then Stick Cricket game is for you. Speaking of gameplay, it has six game modes, beginner-friendly controls, and amazing graphics/animations.

So this would be all in this post on the best Cricket games for Android & iOS 2020. What’s your favorite one? Is there any cricket game that you love and deserves to be on this list? Comment below!