We have been covering mobile city building games for a while now and going to share a list of top-notch city building games where you get to design the city structure, manage the city activities, and there would a lot of content to enjoy for hours of non-stop gameplay. The list features offline/online free-to-play, freemium, and premium city games. In most of the listed games, you are free to build a variety of structures while in some of the listed games you progress by quest and challenges. Let’s not waste any time and check out the best city building game for Android & iOS 2020. 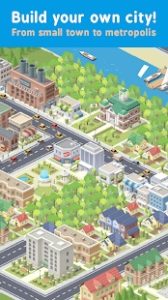 Pocket City is a casual city building game available on Android & iOS where you take in charge as a mayor of the city – and, the goal is to make it grow by adding all sorts of buildings such as housing, industry, commercial, public areas, etc. The free version of this game has ads. If you don’t mind spending a few bucks, you can get the premium version, which is ad-free and gives you extra functions like sandbox mode. 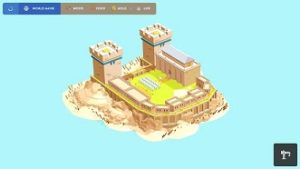 Pocket Build is another one of the best city building games that give you the freedom to build a fantasy city, classic farm, kingdom castle, etc. It offers two game modes; ultimate sandbox and survival sandbox. In the ultimate sandbox, you have unlimited resources. The survival mode is pretty challenging and addictive as you will have to collect the resources manually from the environment. You are free to change game mode at any time. In addition to all these features, it allows you to switch to FPS mode where you will be controlling the characters with a D-Pad touch controller. 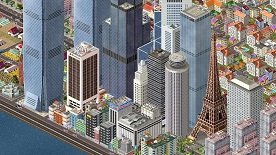 TheoTown is a popular city building game where you take in charge as a city building and start building from scratch. You get to build amazing structures such as the airport, railway station, highway road to connect the cities, military facilities, sports stadiums, residential buildings, and much more. Other than building and creating a map for the city, you will encounter natural calamities, crimes, diseases infection, etc. 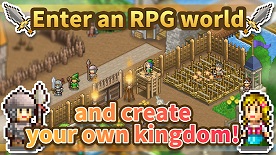 Kingdom Adventurers is an online city-building game by Kairosoft, published on Android & iOS platforms. It also features the RPG and adventure elements. If you are looking for a complex city-building game with these elements, you should give this game a try. You get to build a lot of facilities in the kingdom that you would be using for the characters and progression. There are lots of characters with different jobs; each job defines a different purpose. Dispatch them outside the kingdom to loot the items by slaying down the enemies and use them to build the kingdom. 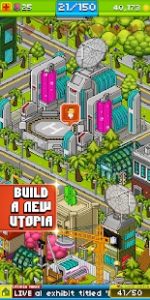 Pixel People is a complex city-building with great challenges. You will build residential buildings to let more people come to the city. You can combine people using genetic material to discover the new job. There are lots of jobs to discover. Based on the character job, you can assign it to one of the buildings in the city/Utopia. Increase population, discover new jobs, assign them to workplaces, and keep expanding/growing. We recommend reading this Pixel People guide if you are going to try it.

Bit City is another great mobile game that lets players build the city and watch it grow as they make upgrades. You can play it on Android as well as iOS.