ZlongGames recently released the English version of Counter Side on Google Play Store and iOS App Store. Read this Counter Side guide for beginners. Officially released on May 18, 2021, Counter Side has already surpassed 100K + downloads within a day and it may surpass 1M downloads or more within a few days. At the time of writing this, the game is available in SEA countries. 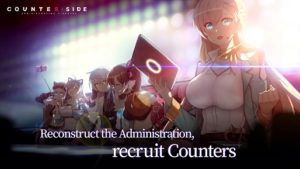 Counter Side Guide For Beginners⇓

The following Counter Side guide covers the basics of the game: –

To protect the ship from enemies, you will deploy the units. You should deploy the defender role units in the front because they can absorb a lot of damage.

Units or Employees are the characters that you use in the fight. There are three types of units in this game; Counter, Soldier, and Mech. Counter units unleash powerful skills. Soldier units cost fewer resources. Mech units are simple but perform well.

You can make units powerful by leveling them up, through skill upgrades, implants, limit break(increase star level), gear, etc.

Those who just started playing Counter Side should consider progression through operation mode -> Main Stream; it features episodes that grant good rewards and you can play this game mode in normal and hard difficulty settings.

If you are just starting, we would recommend you to check out Counter Side Tier List & Selective Summon Reroll and Counter Side Coupon Codes.