Doe is a new Roblox game by Broken Wand Studios. Read on for Doe codes Roblox October 2020 to get free coins without the cheats or hacks 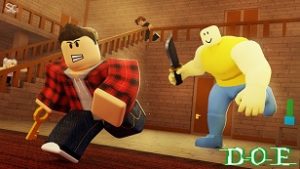 Here’s the complete list of all active Doe codes that you can redeem and get the rewards: –

As of now, this is the only code that Broken Wand Studios announced for the players. They will release a new code once the game gets 1k likes on Roblox!

How To Redeem Doe Codes In Roblox

Look at the upper-left corner and you will see a blue color Twitter bird. Click on it. Enter the code -> it will then check the code that you entered and give you rewards if it’s valid. All the active “Doe Codes” are listed above. You must know that most often, these codes are time-restricted and stop working after a certain time period; set by the developers. So make sure to claim these “Doe Codes” as soon as possible.

How To Get More Doe Codes

“Doe Codes” are released by Broken Wand Studios on Twitter. The link to their Twitter handle is given below. You can also join their Roblox group or Discord group codes!

Doe is a brand new release by Broken Wand Studio where you will have to uncover the truth of John Doe and solve the mystery. As of writing this code page, the game is in beta. Devs may release new updates to make this game better and more engaging. You can send them the bug reports, feedback, and get the latest updates on development on their Discord server.