Disney Sorcerer’s Arena, also known as Disney Arena, is a mobile game available on Google Play Store and iOS app store where players get to play with the Disney and Pixar characters. It’s a gacha RPG with turn-based strategy gameplay in which players have plenty of game modes to play and in each game mode, they can build a different team with different characters. As a player, you collect the characters, develop them through upgrades, and create the best team to eliminate the opponent in all sorts of available game modes. If you loved that game and looking for similar ones, then we have got you covered. In this post, we have shared a list of games like Disney Sorcerer’s Arena that you would love to play on your mobo device.

Following is the lost of top-notch games that offer similar gameplay as offered by Disney Sorcerer’s Arena: – 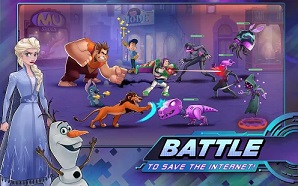 Disney Heroes is a popular RPG that shares the same characters available in Disney Arena. Although, you might find it different from the gameplay view as this one does not feature the exact battle gameplay and spell system. As a Disney fan, you will have fun playing this game. Like the Disney Arena, In Disney Heroes, the player collects the Disney and Pixar characters and build the team to fight the enemies. The PvE is great – you will proceed through a great story/explore mode where you encounter different-different enemies. As you go further and clear more stages, you will have more game modes to play. 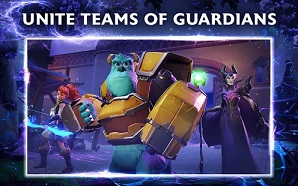 Disney Mirrorverse is a new game by Kabam, well-known for Shop Titans game. Like Disney Sorcerer’s Arena, it also features the Pixar and Disney characters. As a player, your role would be creating a balanced and strong team to eliminate the enemy squad as soon as possible. You will be unleashing the characters’ skills in the battle in real-time. The game has a ton of stuff for you to enjoy; lots of story quests, fresh event quests, alliance game modes, PvP, and much more.

Marvel Strike Force is another game like Disney Sorcerer’s Arena. It does not feature the Pixar and Disney characters – but, the gameplay is similar. Like Disney Arena, In Marvel Strike Force, you get to build a team of Marvel characters and fight the bad enemies in a variety of playable modes. As a player, the game challenges you to build a super team, complete the missions, build the characters by making all sorts of gear and level upgrades.