Looking for the games similar to Exos Heroes to play on Android & iOS devices? Read on for the best games like Exos Heroes 2020

Exos Heroes is a new gacha RPG with a great PvE content and lots of heroes available in Fate Core, Fated, Legendary, and more to collect, develop, and use to build the best formation squad. In PvE, the game offers a unqiue approach where you can move the characters on map and encounter events like the traveler, broken airship, golem, and more. If you loved that game and looking for similar ones, then this post is for you. In this article, we have shared a list of best games like Exos Heroes that you would love to enjoy on Android & iOS devices. So, without any further ado, let’s dive in.

Princess Connect Re Dive, also known as Priconne, is a 2021 gacha RPG with PvE and PvP game modes. Just like Exos Heroes, this game features a variety of character units that you will be developing and using in the team to crush the opponent. You can bond with each character and unlock its story. The PvE mode is challenging – you will spend a lot of time grinding in PvE mode; to farm gear blueprints, EXP, etc.

Epic Seven is one of the best games like Exos Heroes – the content, animations, and graphics this game feature is as awesome as Exos Heroes. Also, like the Exos Heroes game, In Epic Seven, you will have plenty of cute characters to collect and build and use in all sorts of PvE and PvP modes. You will start with a campaign mode, which has a great story and competitive battles with different-different monsters.

Another Eden is a beautifully designed mobile JRPG with fun and grindy gameplay. Just like the Exos Heroes game, Another Eden offers turn-based strategy gameplay where you use the characters’ skills to eliminate the entire enemy squad. The story is good, graphics are awesome, and the gameplay is fun. 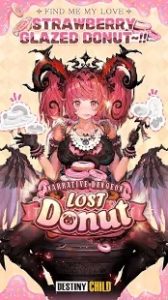 Destiny Child is another popular gacha game with lovely characters and F2P friendly gameplay. Just Like Exos Heroes, Destiny Child lets you create the team of best characters and fight in a wide range of game modes such as PvE, PvP, Raid, World Boss, and more. The story is good, graphics are superb, characters are beautifully designed, animations are great – you should give it a shot. 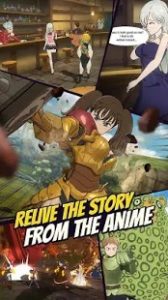 7DS Grand Cross is an anime gacha RPG based on the popular anime Seven Deadly Sins. Unlike Exos Heroes, it plays in portrait mode. But, you will find the gameplay similar to Exos Heroes; turn-based combat, lots of characters to collect and build for different-different game modes. The graphics, animations, and characters are amazing. 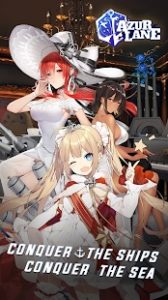 Azur Lane is unique in its way – if you are just looking for the gacha game like Exos Heroes, then Azur Lane would be the best to play as it is F2P friendly and offers amazing graphics, characters, and gameplay – strategic gameplay where you build the fleet of characters/ships. There are lots of characters to pull through the gacha system. You will enjoy this game for sure.