State of Survival is a popular MMORTS game where players all across the world build and grow their bases. You are assigned to one of the hundreds of states available where you get to build the base on the map. You can send your troops to kill zombies, gather resources, and raid the other players. If you loved this game, then you might want to play games like this. We did our best and compiled a list of games like State of Survival for mobile. So without any further ado, let’s get started and find the State of Survival game alternatives.

Following is the list of games similar to the State of Survival for Android & iOS: – 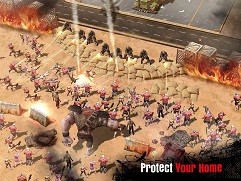 LSS or Last Shelter Survival is one of the best games like State of Survival. It has all sorts of functions or game modes that you get in the State of Survival game. In the PvE, you will hunt the zombies on the map. PvP features alliance battles/state battles, player vs player, raid mode, and much more. Other than that, you get to construct a lot of buildings to grow the base. There are lots of facilities to manage, upgrade, and build. You will do the researches, train the troops, collect heroes, and there is a lot more to do. 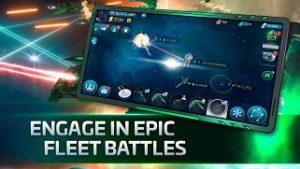 Star Trek Fleet Command is based on the same concept, but the theme is different. If you love space-type games and want to try in this genre, then this game would be the best pick. You will build the spaceship in the space and target enemy ships on the map. There are lots of ships to unlock and build. It has PvE and PvP. In the PvE, you fight the hostiles ships on the map for currency. In PvP, you get to raid other players’ space ships. Other than that, you can send your fleet to mine ores and materials in the space. Mine/Gather, upgrade facilities, build ships, collect heroes, and there is much more like the State of Survival. 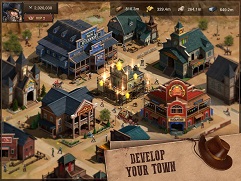 West Game gives you the feel of the State of Survival in the West theme. Like you play as a chief in the State of Survival, In West Game, you will be playing as a Sherrif. You get to build the town on the map that you can grow by adding and upgrading the essential things such as food production centers, army centers, research centers, and more. There are heroes to collect, lots of PvE and PvP game modes to play, raiding stuff, grinding, etc. 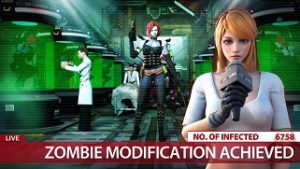 Evil Rising is a new game in this genre with zombie theme. It’s published by Elex on Google Play Store. In the game, you capture the zombies and modify them in the lab. After that, you can send them on the march with troops to get the resources and materials. You can use them in PvE and PvP modes. Then there are heroes to collect and appoint on the buildings. Other things include training the troops, building/upgrading, researching, producing resources, etc. There is also a guild function to socialize with other players and raid together. 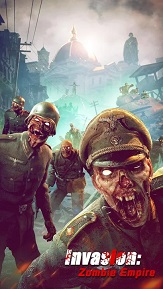 Invasion Zombie Empire is another new game like the State of Survival where you build the fleet of top-notch units to kill zombies on the map or loot other players’ bases. It’s published by tap4fun on Google Play Store. Speaking of gameplay, it plays in portrait mode, you will build and develop the base where you have plenty of facilities to upgrade. It has all the stuff that you get in the State of Survival; training the troops, researching in the academy, lots of heroes/officers to collect and develop.