Idle gacha genre in mobile games is getting popular day by day. And, many developers have published top-notch idle gacha games on the mobile app stores. You will have so many heroes or characters to collect and develop to build the best squad to crush the enemies in all kinds of game modes. If you get offline, your squad will continue to fight these enemies and grind the rewards all the time while you are away. We did our best and prepared the list of best idle gacha games that you can play on mobile. So without much further ado, let’s check out the best idle gacha game.

Following is the list of top-notch idle gacha games available for free to download from Google Play Store and iOS App Store: – 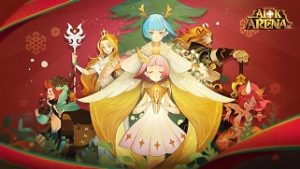 Published by Lilith Games on Google Play Store and iOS App Store, AFK Arena features a ton of heroes that you can collect from the gacha boxes through the summoning portal. There would be the tank, healers, ranged-attackers, melee-attackers, assassin, and many other characters of different roles and unqiue abilities. You will start with the campaign stages and then slowly move to the PvP arena and tournament matches. All the heroes are designed beautifully. You will love the graphics, art-style, skill animations, idle gameplay. They will continue to battle while you are not present in the game. 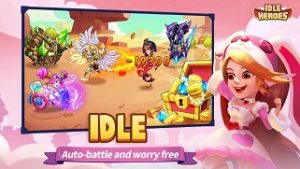 Idle Heroes is another one of the best idle gacha games out there on Android & iOS. It has over 200 heroes classified into different factions that you can recruit from the recruitment portal. You will collect them, build the squad strategically with the right team combination, and fight the enemies in a large number of game modes; adventure battles, tower mode, arena, guild, quests, dungeons, and events.

AFK Cats is published by Pixel Federation Games. It mainly focuses on the campaign stages; there are thousands of stages to complete. There are lots of cats to collect; you can equip them gears, level them up to get stronger and beat the bosses. Other than the campaign, you can compete with other players in the PvP Arena for the league rankings. The graphics are cute. Stages get challenging pretty faster. 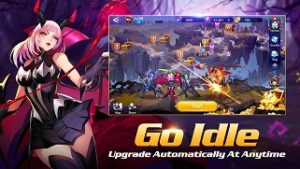 The popular MOBA game is available in the idle genre featuring the majority of the heroes from the original game. It plays in portrait mode and has a lot of content that you will enjoy. Like building the team of heroes, exploring and conquering the world map stages, defeating the other players’ teams in competitive PvP matches, and much more. Great graphics, idle gameplay, gacha system, and lots of things to do.

TapTap Heroes is another popular idle gacha game available on mobile app stores. It features a great collection of heroes – each one with unique art-style, skills, and stats. Right after the start, you will be hitting the adventure mode – completing the stages by defeating the beasts on the way. There would be lots of challenges to face as you proceed; you will have to change the team combination, consider the skill factor, stats, role, and much more to build the ideal team for the stages. It also features competitive game modes such as the PvP arena, cross-server battles, tournaments, etc.

So that’s all for now in this post on best idle gacha games for Android & iOS. If you have more suggestions, comment below.