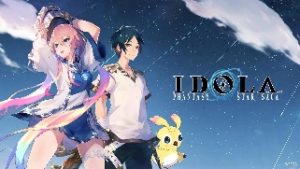 We played the JP version 2 years ago at the release time and the beta version, which was available this year; this reroll guide is based on the beta version that we played. To reroll in Idola Phantasy Star Saga, follow these steps: –

What To Reroll For In Idola Phantasy Star Saga

Keep the first x10 summons aside – the game does not give you natural 5-star characters in that summons (they are upgraded from 4-star to 5-star).

After the tutorial, collect all the items; gacha tickets or star gems – spend on the gacha. You may get x1 gacha ticket and 3K-5K gems in the mailbox. Depends on that, you can roll multiple times.

What to reroll: we recommend rerolling for Stella(5-star), Rosalinde(5-star), Anna(5-star), Jasper. Some good 4-star characters are Nadia, Zola, Killion, Walter.

For more information, you can check this Idola Phantasy Star Saga tier list. Caution: – it’s too early, don’t trust the tier lists blindly as the game has just been released.