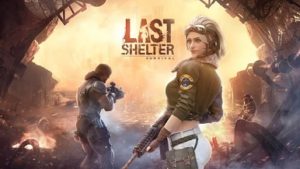 Last Shelter: Survival is a base building game where players from all over the world create their base and grow it by upgrading, building shelter, expanding the army. It is advertised as a zombie game – yeah, there are zombies in the game – but its gameplay is not like as it is advertised. The gameplay is pretty basic. At the start of the game, you will build a base that you can expand by adding, upgrading the buildings like barracks, hospitals, resources center. You will be completing the chapter quests that guide you throughout the game.

Last Shelter: Survival gameplay can be understood in three parts; base building, military management, and war.

Base Building – it includes tasks like transporting the resources to manage the population, upgrading the production to produce more resources, making money. etc. At your base, you can produce food, water, fuel, electricity, lumber, iron. These resources can be utilized in construction, upgrades, training troops, war, donation, trading, etc. You will need to construct the storage houses to store a huge amount of these resources. It like Simcity!

War – In the Last Shelter: Survival, players can fight with each other. You can attack other players and loot their shelters. Similarly, other players can also raid your base and loot the resources. So that covers the attack and defense part – attack to loot, defend to save. You will be training the troops, upgrading and stationing/using the heroes in attack/defense.

Another one of the best things in the Last Shelter: Survival is players can form or join an alliance. You get a lot of perks upon joining an alliance; for example – alliance battles, you can help other players and they can help you in speeding up the construction and upgrade, by sending reinforcements. Also, you get daily rewards; attendance/salary. So make sure to join an active alliance if you are going to play this game.

Other than these three particular aspects, it allows you to participate in the events where you can earn a ton of free rewards.

So the shop has almost everything that you can buy with real money. Everything is optional though. Save diamonds because you will need this currency for premium items like war horns, teleportation, alloy barrel, etc later in the game.

Let’s get started with the cons: –

The P2W Factor – It’s a free game – but how much friendly it is for a f2p player? Well, not so friendly! If you are a f2p player and don’t want to spend money on this game, then we would advise you to join an active strong alliance and teleport near them – just to be safe – so that you can avoid being bullied by other high-level players.

As soon as you hit a certain HQ/Base/Shelter level, your newbie shield gets removed and other players will be able to raid your base. And, if you keep getting attacked daily, then there is no way you can progress. So it’s better to join an active alliance and teleport near alliance members – they can help you with reinforcement and work as a shield.

Now coming to the point – the game does favor the players who spend money. There are some premium facilities that you can buy with real money and progress fast than a normal f2p player. And, almost every currency, resources, items can be bought with real money. In simple words, this game is not f2p friendly. You can play it for free – but p2w players will always win!

It’s not what it looks like – the Last Shelter: Survival gameplay is not like as it advertised. It’s pretty basic.

Let’s check out the pros: –

Addictive & Competitive – those who love war games, then this game could be addictive for them. You get to build your base that you can grow slowly-slowly – then you get to attack other players, which is also pretty intersting. There are plenty of things to do – managing the resources, base power, training troops, heroes management, researches, grinding on the map, PvE, events, etc. Also, you can go social by joining an alliance.

Graphics – The graphics of the Last Shelter: Survival are excellent – as compared to other similar types of games.

The game is pretty fun & intersting – but the P2W factor is there that some of the players might not like. We would rate it 3/5 stars.