We have been playing mobile merge games for a while now and going to share a list of top-notch merge games where you merge the two or more similar objects to discover its new form; it could be a creature, pet, object, plane – based on the game you pick. The list features offline/online freemium as well as premium merge games. You will be progressing through the challenging puzzling quests and unlock and reach the max level of all the objects through merging. Let’s not waste any time and find the best merge game for you!

2048 is a great merge game that’s not only come with simple to play mechanics but also quite challenging at the same time: you will swipe the tiles of the same numbers so that they can be merged into one. For example – merging 2 +2 gives you 4, merge 4 number tiles to get 8, then 16, 32, and so on. It gives you a classic board game experience; 4×4, 5×5, 6×6, 8×8, and 3×3. If you are looking for a casual merge game with not so many upgrades and stuff, then we recommend playing 2048, the best merge puzzle game on mobile. 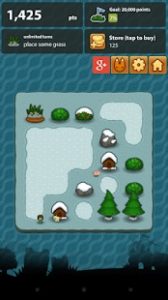 Triple Town is another best merge game available on Android & iOS platforms. In the game, you develop the city by solving the challenging puzzles; merging three or more pieces of the same object to get a new one. For example; merge grass to get bush, merge bushes to get trees, trees to huts, and so on. 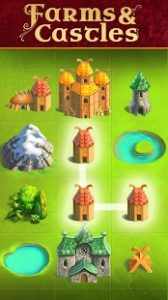 It’s much like the Triple Town merge game that we mentioned above. Here you merge the three or more similar objects to build the farm and castle. You will drag the objects from the inventory to the board – to merge and get the next level piece. For example – grass to the bush, bush to tree, tree to farm, and so on. The farm produces the goods that you can trade for the objects. There are two objects; wood and stone. Merge wood type objects to build the farm. Merge stone type objects to build a castle. Castle gives you coins that you can use to buy magic orbs. 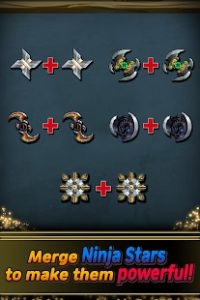 Well, this is a complex merging game as compared to all the above ones. In this game, you progress through the stage mode. On each stage, your main character encounters numerous enemies that must be eliminated to proceed to the next one. You will craft and merge the shurikens to make the main character stronger. Other than that, there is a lot of things to upgrade; skills, stats, special abilities, and more. If you are looking for a merge game with upgrading and progression system, then try this one.

You can play these four games for free; players can advance quickly by spending real money.

So that’s all for now in this post on best merge games for Android & iOS 2020. Share your suggestions in the comments. Which merge game do you like the most?