Whether you are looking for an offline FPS or TPS or top-down shooting games, we have got you covered. Read on for best offline shooting games for mobile

Following is the list of top-notch offline shooting games; including TPS, FPS, top-down that you can play for free on Android & iOS: – 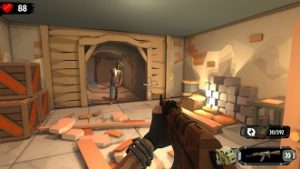 The Walking Zombie 2 is a pretty good offline shooting game that you would love to play on your Android or iOS device. It has RPG elements where you build the character with skills and perks. You will explore the map, talk to the NPCs, accept the quests, and move to the danger area where you shoot down the zombies with powerful weapon guns and loot the resources such as money, books, and more. All things are offline! 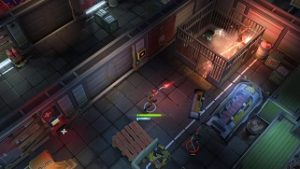 Space Marshals 2 is the best offline shooting game that you can play right now on your Android or iPhone iOS devices. If you are on Android, you can download it for free. Its size on Android is around 700 MB. On iOS, it costs $4.99 and the size is around 700 MB. Speaking of the game, it offers the best top-down shooting gameplay that can be enjoyed offline. There is no need to connect to the internet – it would work flawlessly without any sort of internet connection.

Why should you play this game? First, the graphics and animations are the best. You will love the way how the character stabs enemies from behind, sneaks into the rooms guarded by the enemies. Also, the environment is beautifully designed. The gameplay is not boring at all. It’s challenging, addictive, and intense – there are missions to complete, lots of enemies to fight, and much more. 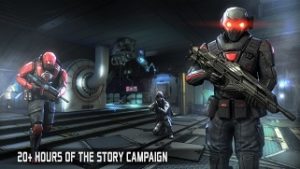 Dead Effect 2 is the best FPS(first-person shooter) offline game on Android & iPhone iOS. It also supports the controller. On Android, its size is around 1.6 GB. On iOS, its size is around 3 GB. This sci-fi shooter game features top-notch graphics, missions that are challenging and addicting, lots of deadly weapons that you are gonna use to shot down the enemies, and RPG elements. After installing the game, it might show you the message displaying cloud data loading – ignore it and wait a few seconds and then you will get to choose local save.

Tap the play button and start a new game. There are multiple characters with different skills that you can choose before entering the battlefield. The story is pretty good. You will proceed through the chapter mode and complete the missions. It’s better to play with earphones plugged in for the best experience. 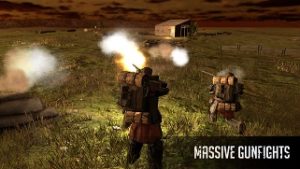 Noblemen: 1896 is another one of the best offline shooting games for Android & iOS. It’s published by Foursaken Media, the same company that published War Tortoise game on mobile app stores. It’s the best offline TPS game on Android & iOS – it comes with amazing graphics and gameplay. You start by creating the character. After that, you will go through a quick tutorial where you learn how to move, take cover, shoot, and the basic stuff. You might want to adjust the sensitivity if you are having trouble with the controls or shooting stuff.

As you proceed, you will gain EXP and level up – to unlock new stuff such as units, missions, weapons, battlefield maps, challenges, etc. 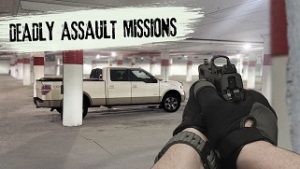 Lone Wolf is another top-notch offline sniper shooting game for Android & iOS. It features over 20 weapons, missions, and hours of nonstop gameplay. Speaking of graphics, no question there – you get the top-class graphics in this game with superb animations. The missions are challenging and you will love completing them. What more you need? Also, it’s one of the low MB offline shooting games on this list. 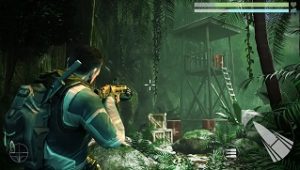 Cover Fire: Offline Shooting Games by Genera Games is among the top best games available on Android & iPhone iOS. Its graphics are nice, missions are beautifully crafted, the environment in the missions gives you the realistic experience, controls are smooth, the story is great and the content is enough to pass hours daily. There are lots of guns to try; you will be proceeding through the main mode where you are tasked to defeat all the enemies – show your shooting skills and shot ’em all down.

So this would be all in this post on best offline shooting games for Android & iOS 2020. If you have more recommendations, comment below.