We have been covering mobile survival games for a while now! You play as a survivor, build shelter and facilities to make life easy in the apocalypse. Thankfully, on Android & iOS, there are lots of survival games available for free that you can play for hours. The list features offline survival games, as well as, online survival games. So without any further ado, let’s find out the best one for you!

Following is the list of best offline and online game that you can play on mobile devices: –

Survivor Mr. Who is an offline survival with a tower-defense aspect. In the game, there are two scenarios; the day and the night. In the night, you will gather the stuff to build up the offense and defense facilities. And, In the night, you will encounter the enemies who raid your base and try to destroy it and devour you. Your goal would be building the best defense possible in the day so that you can survive the night. It has a unqiue concept, graphics are great, the gameplay is pretty challenging – we would say it’s hard. 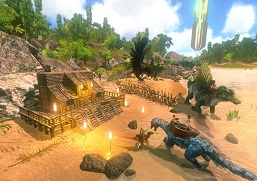 Ark Mobile is another one of the best offline survival games out there on Android & iOS platforms. It features PvE and PvP game modes. You can play PvE offline. The PvP is online. Keep in mind that the game works well on high-end devices; it’s a big size game packed with lots of resources – so consider it only if you think your mobile device can handle it. Speaking of gameplay, it’s amazing. You get to build the shelter, tame dinosaurs, fight dinosaurs, fatigues, and there are plenty of things; crafting, building, surviving, taming, gathering, exploring, and much more. 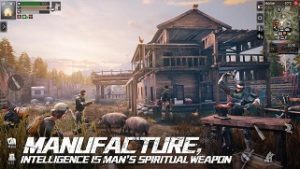 LifeAfter is a top-notch survival game with TPS gameplay, lots of game modes, outstanding graphics, and smooth controls. Although, it has pay-to-win elements. It’s better to join an active camp if you are a f2p player. LifeAfter is grindy, you get to build the manor, there are lots of maps where you will gather a ton of resources and materials to craft weapons, armors, drones, etc. You can play solo, multiplayer with friends or campmates. The camp system is pretty good.

If you are looking for the survival games that you can play with friends, then we suggest LifeAfter.

Day R Survival is another one of the best offline survival games out there for Android & iOS. It also has an online mode – you can chat with others, send gifts, survive together. If you don’t have access to the internet connection, you will get to enjoy Dar R Survival in offline mode. You will search the building for supplies, craft the items to survive for long, and go on danger zones, and there are plenty of things to discover, do, and repeat. The graphics are nice, the gameplay is simple to understand, controls are smooth. 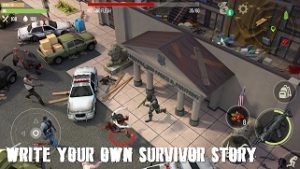 Prey Day Survival is a lookalike game to Last Day On Earth – without stamina system. The graphics of this survival game are pretty awesome – it plays in portrait mode and offers a top-down perspective view. You will build the shelter, gather the resources from the outer world to craft essential facilities at the base, and fight zombies.

So this would be all in this post on the best survival games for Android & iPhone iOS. Which one is your favorite? Comment below! We would love to hear more suggestions on the other games that you like – but not listed here.