Get started with this Tales of Crestoria guide with tier list & basic concepts and master the game mechanics like rerolling, powering up, etc. 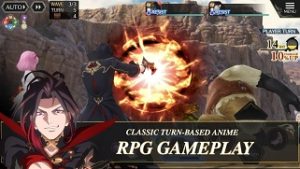 Bandai Namco Entertainment, the publisher of top-notch anime games such as Dragon Ball Legends, One Piece, and more recently brought a new anime-fantasy title on mobile app stores; that’s Tales of Crestoria. The game offers an amazing story-line quest mode where you progress through the chapters and their stages, PvP arena mode to compete against other players, and open Raid mode where you will pick the characters based on the element. Here, we have shared a Tales of Crestoria guide for beginners.

This Tales of Crestoria guide give you an overview of all the core concepts of the game such as rerolling, best characters, tier list, progression, in-game currencies, farming guide, and much more.

If you have been playing gacha games for a long time, you would certainly have an idea about the rerolling; In Tales of Crestoria, you can reroll for the best characters in the game and get a head start. Getting 2 or more SSR units in the early game would be recommended. Let’s take a look at the reroll guide.

Skip the movie and battle tutorial and get to the tutorial summon. Tales of Crestoria allows the player to pick 1 SSR in the tutorial summon(selection summon, starter unit). At this point, you will be able to select an SSR. In our opinion, you should select one of these three SSR units; Estelle(Healer), Velvet, and Leon.

Proceed through the tutorial summon and then claim the rewards from the gift (upper-right corner on the main screen -> tap the “gifts” option -> claim SR tickets and Gleamstones). After claiming the rewards, go to the summons menu -> select the banner on the left side -> spend x2,500 Gleamstones for x10 characters. You will get one or more SSR units; check the tier list and see if the characters that you have got from this pull are worthy or not; if yes, continue playing the game. If not, then you need to reroll in Tales of Crestoria –

On Android, you need to open the Settings app and go to the apps -> select Tales of Crestorial and delete its data and start over. On iOS, you need to re-download the game from the iOS app store to start from scratch.

In the early game, you should focus on the main story. By clearing the quests or stages in this mode, you will unlock new content in the game. This mode is available in three difficulties; normal, hard, and very hard. Early on, you can only play in normal difficulty. As a first-time clear reward, you will earn Gleamstones from this mode. Gleamstone is the summon-currency in Tales of Crestoria. Other than the Gleamstones, you will earn EXP, affinity EXP, materials, Gald, ingredients to cook recipes, etc.

For the battle, In Tales of Crestoria, players need to set up the party; three main members, one supporter/friend, and 2 sub-members. For each character, you can allocate a memoria stone. Memoria stones have special skills that buff the character stats.

Other than allocating the memoria stone, you can allocate more x9 sub stones. Sub Stones boost the attributes of all the party members.

Before you begin the quest, you should select a meal – the meal will give a specific buff to the party members; like more attack power. You can cook meals with the ingredients that you farm in the story mode stages.

On the bottom-left, pay attention to the character icon; there would be gauge – the HP gauge and mystic skill gauge. Mystic skill gauge fills up as you continue to play the turns. When full, you will be able to cast the mystic skill.

Tips To Get Stronger

First, set up a great party; read the characters’ skills and Artes detail + their stats; if you want more damage, then make sure to have the characters with a high volume of damage in the team, healers like Estelle should be in the team to support allies. In some battles, debuffers like Ludger can help you; Ludger can reduce the enemy’s attack and defense.

You get memoria stones from the summons. On the battle formation screen, you can equip memoria stones to the party members and increase their stats. It’s better to check the memoria stones’ details as all of them provide a different stat boost. You will get the character when you obtain its memoria stone for the first time.

In Tales of Crestoria, you will need to grind multiple currencies to develop the characters and memoria stones. Go to the quests -> power-up guest; here you can farm training items that you will need to level up characters, refining materials to level up memoria stones. Gald quests; here you can farm Gald. Gleamstones – play the main story mode, complete the challenge missions, daily missions, weekly missions, events, etc.

So that’s all in this Tales of Crestoria guide for beginners.

Do you love playing mobile games? Subscribe to our YouTube Channel – Gaming Soul for new mobile game videos. For More Updates, Game News, Game Guides, New Game Releases, And ALERTS – Like Us On Facebook – Gaming Soul, Follow Us On Twitter – Gaming Soul. Check Out – Best mobile games. Do you have any suggestions? Submit Here