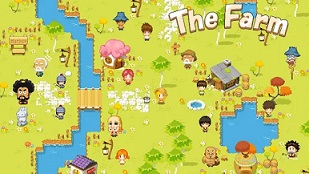 We have been playing this game for a while now and going to share an honest review that covers all the core aspects such as gameplay, graphics, free-to-play vs pay-to-win, and more. It is available on Andriod & iOS platforms and requires an internet connection to play; it’s not offline.

The Farm: Sassy Princess game takes you to the scene where the princess of the kingdom leaves the castle because of the king’s stubbornness. After leaving the castle, the princess decides to make a living by farming. As a player, you will help the princess make a living by growing and selling the crops. The main currency in this game is called Pam that you earn by selling the crops to NPCs. You will buy the seeds, sow the seeds, grow and harvest the crops. Harvested crops can be sold in the market or traded with the NPCs for more Pam.

Progression is awful and grindy. You will have to have a fixed amount of Pam in the account within a given time. The farm is owned by an NPC who charges you a fixed amount of Pam every month, which increases every season. If you don’t pay the rent, the game gives you the penalty. Also, one of the NPCs come to visit the farm every week – you must sell the crops to him to avoid another penalty. To meet these targets or avoid penalties, you will be growing and selling the crops like a machine. It seems awful because the time passes quickly and rent increases with an increasing rate every season.

It’s a mini version of Harvest Town, Harvest Moon, and Stardew Valley game with limited things to do; taking care of crops, completing the quests, fishing, and meeting the targets. It could be better if you get to build and manage facilities such as bakery, poultry farm buildings to manage animals, cooking facilities to cook recipes with ingredients that can be gathered from the environment.

The Farm: Sassy Princess is a free-to-play game. You don’t need to spend real money to play the game. And, it does not have PvP. PvE is grindy and challenging – players can watch video ads to ease the progress. But, we don’t think spending money can give you more perks. As a f2p player, you can grab the video ad offers and progress at a good rate. In conclusion, we can say that The Farm: Sassy Princess is a f2p friendly game.

It’s fun in the beginning but gets grindy as you proceed to the next seasons/months. You will have a hard time managing Pam and crops if you want to avoid the penalties. The system makes you watch video ads or spend money. Other than that, the game does have the potential to be great. Devs could improve the gameplay by expanding the map, adding more NPCs, building stuff, animal management – in short, more depth to the game and more ways to earn Pam so that you can pay the rent easily. Also, it will be much better if the time does not pass too fast. For now, the gameplay is limited to farming crops and completing the quests.

We would rate The Farm: Sassy Princess 3/5 stars. Highlights: –

If you are new to the game, you can read The Farm: Sassy Princess guide here.