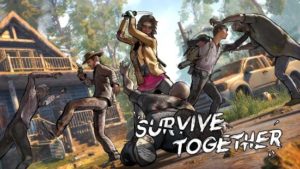 TWD Survivors is an MMORTS mobile game(if you have played games like Rise of Kingdoms, the State of Survival, etc., you will find the gameplay of The Walking Dead Survivors a bit similar, but it’s packed with TWD theme and characters).

You, as a player, will be given a town to manage and develop by constructing and upgrading the facilities. You will recruit the characters aka survivors to fight enemies on the map, gather resources, and for different-different perks. The game starts with a tutorial that teaches the basics and forces you to progress through a chapter-based questline.

During the tutorial, you will build a dozen of facilities, make upgrades, recruit survivors, send them to fight enemies, learn about the troops, and there is plenty of stuff to make you familiar with the game’s basics.

In the PvP battles, troops may get injured or killed. The better your defense or the more power your town has, the fewer the casualties.

Clan plays an important role; players are free to create or join the clans. You will get a lot of benefits by joining a clan; like free help from the clan members, rewards, and if you move to the clan territory, fewer the chances of getting plundered by the enemies. So we would advise you to join a clan in The Walking Dead Survivors game.

Other info: TWD Survivors plays in portrait mode, has decent graphics and gameplay. Is it P2W? Well, it’s P2P; pay to progress. You can progress fast by spending real money.

So that’s all we got in this TWD Survivors game overview. If you are new to the game, make sure to check out The Walking Dead/TWD Survivors Game Wiki Guide & Tips.