These are the top hottest and new Roblox games of September 2022 that you must try. 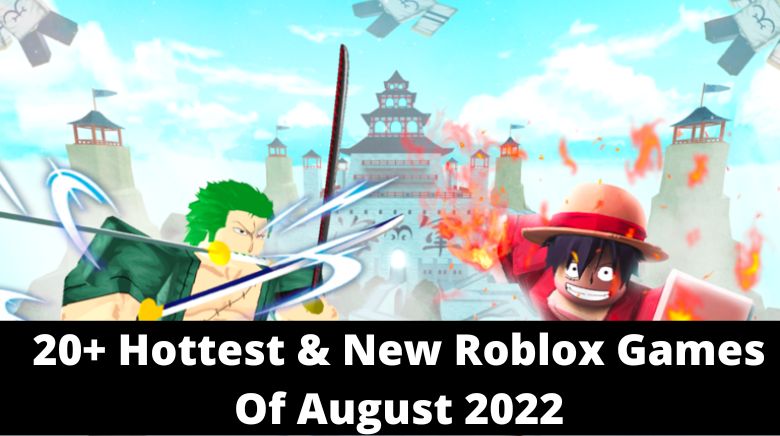 August is coming to an end, and we are here to share a list of top trending Roblox games that have been a massive hit this month.

Project Slayers is a Roblox published by Roblox account Project Slayers. In the game, you will interact with NPCs, do quests, explore the map, and fight the enemies. The game features multiple races, i.e., human, demon, slayer, and hybrid. The two main races are demons and slayers. Demons can acquire BDA or demon arts abilities. Slayers can acquire breathing; each one has its characteristics. Use these abilities to fight the enemies, complete the quests, and progress further.

Another main aspect of this game is clan; each clan provides unique perks. To reroll the clan, you will need to use the spins. Thankfully, devs release codes each month, which provide free spins.

Anime Adventures is a fighting game featuring characters from popular anime franchises, i.e., Naruto, One Piece, Dragon Ball, My Hero Academia, etc. You will collect the anime fighters and fight the enemies. There are many game modes, i.e., infinite, story, and challenges, and you have plenty of extra things to do; quests, i.e., daily, event, special. Devs regularly update the game with new content and units you can collect using summon tickets; an in-game item can be acquired with the codes. The game is published by Roblox account Gomu.

Era of Althea is another fighting game packed with a great collection of armory, i.e., weapons, armors, and accessories. The game has been around for a while and recently got a massive update. Those who have watched Black Clover anime or Sword Art Online shall give this game a shot as these anime series inspire the game. There are many races; each race with unique stats, bonuses, and strengths. And don’t forget the snaps, aka magic abilities you unleash during the battle. If you are low on spins, redeem these Era of Althea codes.

Era of Althea is published by Roblox account Arcadia Production.

Primeplay Studio is behind this title. Anime Squad Simulator is a Roblox game packed with a great collection of anime characters. You will collect and use the best ones for your squad that combats the enemies. Make your characters powerful through various upgrades available, like leveling and fusion. Defeat the enemies, grind resources and currencies, and make further progress. Redeem these Anime Squad Simulator codes for a head start or fast progress.

OS gaming Studios has released Anime Legends Simulator. The game features 50+ anime heroes you will be collecting, developing, and sending to the battles to obliterate the enemy forces and bring peace. The two basic currencies in the game are coins and gems you use for making upgrades and shopping items and stuff. Redeem these Anime Legends Simulator codes to get these currencies for free.

Lord of Anime has released One Punch Fighters Clicker Simulator. As the name suggests, it’s based on one of the popular fighting anime series, One Punch, featuring the main character Saitama. You will have the job of crushing the enemy squads and creating chaos in the city. Summon the legendary heroes to smash down the culprits. Redeem these One Punch Fighters Clicker Simulator codes for freebies.

Roblox account SIN has released ice Factory Tycoon. In the game, the players have the job of managing and growing an ice factory. Package and transform the ice in the factory and make money. Redeem these Ice Factory Tycoon codes for money and freeze.

Roblox account 48h games is behind this massively hit title Race Clicker. It’s a hypercasual game with easy-to-understand mechanics and enjoyable gameplay. The rules are simple; click the screen to go faster. The speed increases as you gain more wins. Redeem these Race Clicker codes for wins.

Tai Niu Club has released Farm Factory Tycoon. In the game, you will be playing as a farmer. Build your farm, grow crops, unlock and feed pets, and make money by selling the farm products. Redeem these Farm Factory Tycoon codes for free in-game currencies like cash and diamonds.